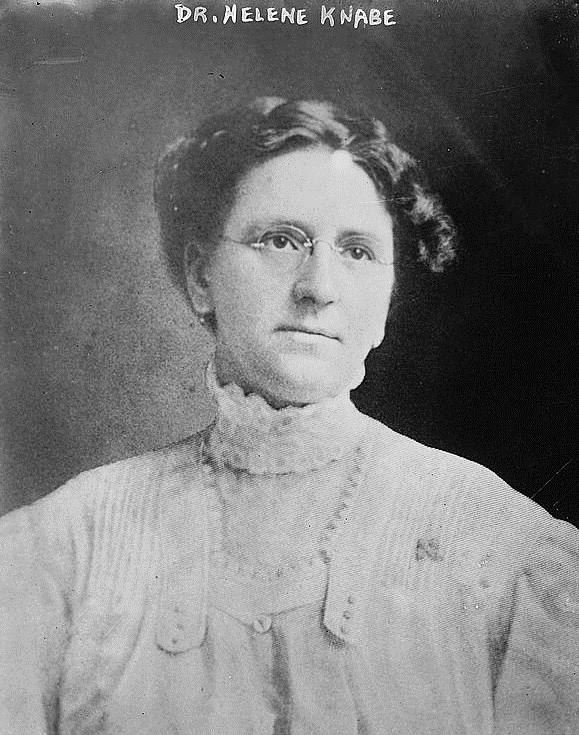 Helene Knabe, M.D. was an early graduate of the Medical College of Indiana, a predecessor school to the Indiana University School of Medicine. She was one of only 2 female graduates in the 1904 class.

Dr. Knabe was the first woman to become an assistant pathologist for the Indiana State Laboratory of Hygiene. In 1905, she became Deputy State Health Officer. In this role, she investigated cases of poor sanitation, typhoid, and other diseases present in the state. In 1906, she was promoted to Assistant State Bacteriologist, and served in this role until 1908. During this time, Dr. Knabe became the first doctor in Indiana to champion a new treatment for rabies that was credited with greatly reducing mortaility rates for the disease.