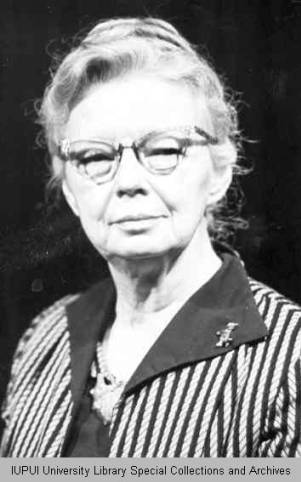 Holmquist began the laborious process of gaining autonomy over the School of Nursing's budget and worked to unify IU's three separate regional nursing programs into one single school headquartered at IUPUI. She also built an accredited baccalaureate nursing curriculum, established an associate degree program, increased the school's enrollment, and oversaw the construction of a new nursing building. Holmquist retired as dean in 1973 but continued to teach nursing classes until 1977.

Holmquist was the cofounder of the journal Nursing Research. She also served as the first executive officer of the American Association of Colleges of Nursing and the President of the Indiana State Nurses Association. Throughout her career, Holmquist received numerous awards including a 1989 Sagamore of the Wabash award. In 1993, she became the first recipient of the Indiana University School of Nursing Lifetime Achievement Award. In 1994, the School of Nursing established a memorial endowment in her honor. Holmquist died September 6, 2000.